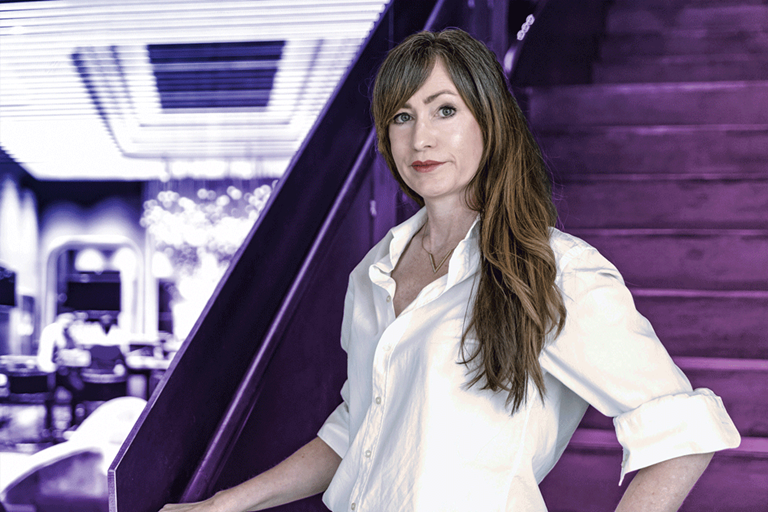 Gensler’s Kristin Byrd is a leading player in the prevailing sports training facility design shift, a transition from macho muscle temples to calming places of recovery and growth where athletes, coaches and teams increasingly spend more of their time.

Byrd led design on training facilities for LAFC and Austin FC and is leading similar projects at Gensler for the Los Angeles Chargers and New York Red Bulls. She also designed the interiors for Austin’s Q2 Stadium.

You have “an almost bigger impact when you’re doing the training facilities because you’re creating this home-away-from-home environment for all the staff and players,” said Byrd, who recently joined Gensler’s Austin office. “You have an ability to not only impact their day-to-day activities but enhance their ability to perform as individuals and as a team.”

“I didn’t even know that sports architecture was a thing that I could do,” said Byrd, who graduated from Cal Poly San Luis Obispo. “I wish I had known that in college because then I would have made a beeline for that specialty.”

That’s why Byrd has made efforts to help expose architecture to people from all kinds of backgrounds, not just women. Many architectural degree graduating classes are split evenly between men and women these days, Byrd said. The next step is getting more diverse people into positions like the one she holds, directing sports architecture projects.

“When you come out of school, it’s pretty even,” Byrd said, “but as you go up the ranks it’s less and less.” — Bret McCormick

Guilty pleasure: I’m a recent transplant to the Gensler Austin office. As a newly minted Austinite, my guilty pleasure is queso, chips and a good margarita.
Advice to my younger self: There are plenty of people who won’t believe in you and your abilities, but have the confidence to know they are wrong.
My leadership style is inspired by … : Not any one person has been my sole inspiration, and I’ve had many great mentors. I believe in challenging my teams to push beyond what they feel they are capable of and making sure they understand that I will always be there to catch them if they need support. I also like to ask questions and solicit opinions from all team members. Sometimes, the best solutions to a challenge may come from the person you least expect. Last, I think the best leaders are generous with their time, attention and availability.
Change I’d make related to women working in sports: In the field of sports architecture, many women are not considered for roles as lead designers. Because of this, it’s hard for younger women in the profession to see that as an option because there are few role models who look like them.