This Sunday the NRL Grand Final rolls back into Sydney, with two Western Sydney clubs, the Parramatta Eels and Penrith Panthers, set to engage in 80 minutes of free-flowing, high octane attacking rugby league.

The two clubs are at the centre of the National Rugby League’s current warfront: the stadium saga. Parramatta is one of the main tenant’s at CommBank Stadium (pictured below), which sits on the site of the former Parramatta Stadium, while Penrith are the subject of alleged pork barrelling, with the allocation of funding towards a reinvigorated Penrith Stadium the subject of scrutiny following the resignation of local MP Stuart Ayres. 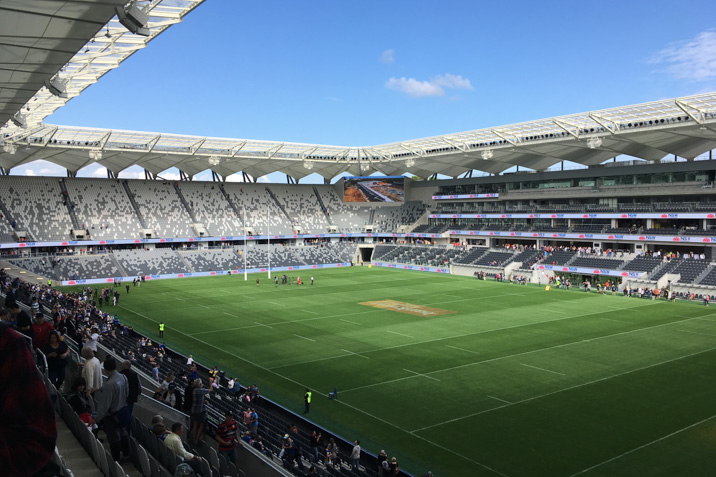 Stadiums are major cultural hubs. Able to host concerts, festivals, football games and events, architects are called upon to design stadiums with user experience being key. COX Architecture, involved in the design of the Sydney Football Stadium (pictured top) and Queensland Country Bank Stadium, have created purpose-built facilities that sit spectators right on top of the action, while providing first-rate amenities for corporates, media and sporting teams.

CommBank (designed by Populous), the SFS and Queensland Country Bank provide a window into what the future may bring for other Australian stadiums. Penrith Stadium may be moved to a completely new site, becoming a facility that will truly rival that of CommBank in Parramatta and enhancing the rivalry between the two grand finalists, but there are other stadiums which require further attention.

Let’s start with Leichhardt Oval (pictured below). Affectionately dubbed the Eighth Wonder of the World by Wests Tigers fans and rugby league diehards alike, Leichhardt is falling to pieces. It’s common knowledge the toilets resemble that of a 17th century pub, and you didn’t have to look too far to find footage of the railing coming down last month. 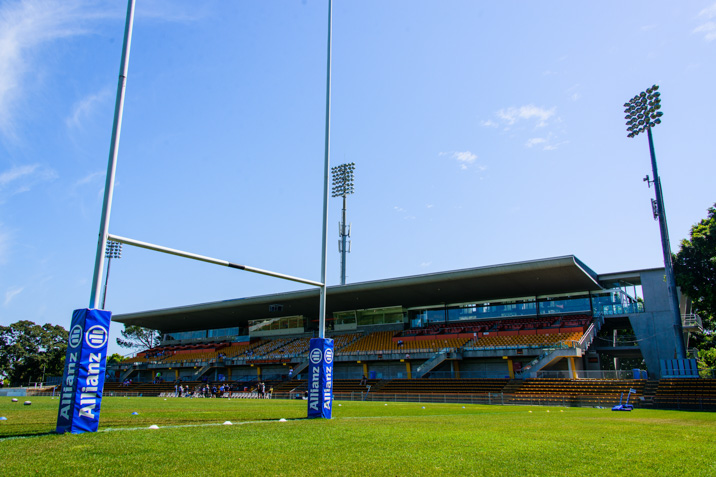 Leichhardt was the subject of debate around the time the State Budget was announced. Premier Dominic Perrottet indicated funding would be made available, but was not included by the time the budget rolled around, which incensed Inner West Council Mayor and Wests Tigers tragic Darcy Byrne. Leichhardt is now on death row, with the stadium potentially unable to host NRL games if crucial upgrades aren’t made by 2024.

Brookvale Oval (pictured below) last year saw works completed on its Northern Grandstand, but the Manly Sea Eagles believe the upgrades to be just the beginning. The Hassell-designed grandstand increased capacity by 3,000, and was designed in a way that would allow for a seamless upgrade of the remaining stands in future. Like Leichhardt, many of ‘Brooky’s’ facilities require a facelift. There was no money allocated towards Brookvale in the NSW Government’s recent state budget. 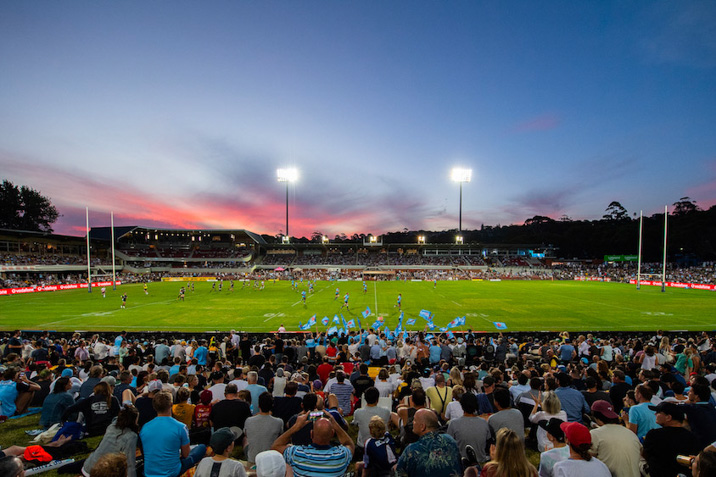 WIN Stadium (pictured below), located in Wollongong, is a rather interesting case. Located by the sea, the stadium is an icon on the south coast, but its seaside site is causing issues. Rust and wear and tear is setting in, and the stadium and its neighbour, the Wollongong Entertainment Centre, have been ignored by budgets for years. Wollongong City Council recently submitted a proposal to the NSW Government for the redevelopment of the Illawarra Sports and Entertainment Precinct in an attempt to secure funding for the upgrading of both facilities. Yet again, the calls for assistance have fallen on deaf ears.

Australian Rugby League Commissioner, Peter V’Landys, has been irate at the government for going back on their word. In the middle of the pandemic in 2020, the then-Berejiklian pulled the plug on an $810 million upgrade of ANZ Stadium, the venue for Sunday night’s Grand Final. V’Landys called on the government to redirect a portion of the funds into suburban stadiums, with the decision ultimately postponed given the effects of the pandemic. 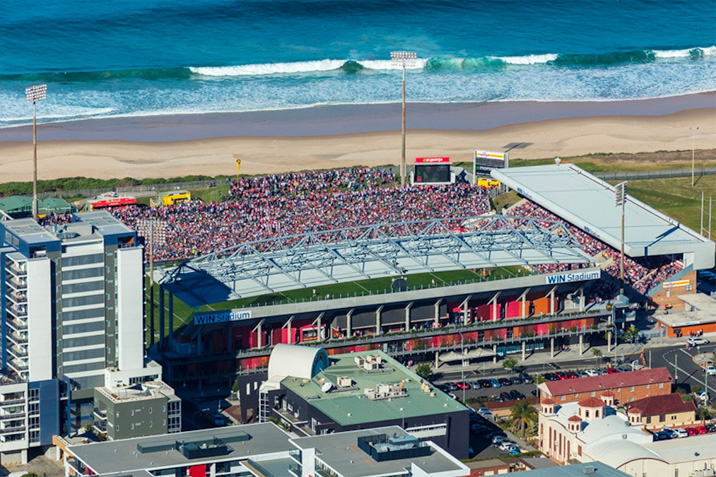 Fast forward two years and along came the infamous ‘handshake agreement’ made between V’Landys and Dom Perrottet on the eve of the State Budget. The pair had reportedly agreed on $250 million worth of funding be made available by the government to refurbish a number of suburban grounds, including Brookvale and Cronulla’s PointsBet Stadium, before Perrottet ‘backflipped’ on the decision.

“We looked the Premier in the eye, we shook his hand, we did a deal and he‘s just blatantly reneged,” V’landys says in an interview with 2GB.

“That‘s the summary. When you do a deal and you shake someone’s hand, you honour that agreement. How is any organisation or business going to make an agreement with the NSW Government when it‘s got a precedent of reneging?”

As a result, the stadium’s saga sits in a state of flux. The mixed messages sent by Perrottet indicate that the government is intent on improving facilities where it suits them, such as Penrith. While Penrith Stadium (picturd below) is in dire need of an upgrade, the same can be said for the likes of Leichhardt, Brookvale and WIN. 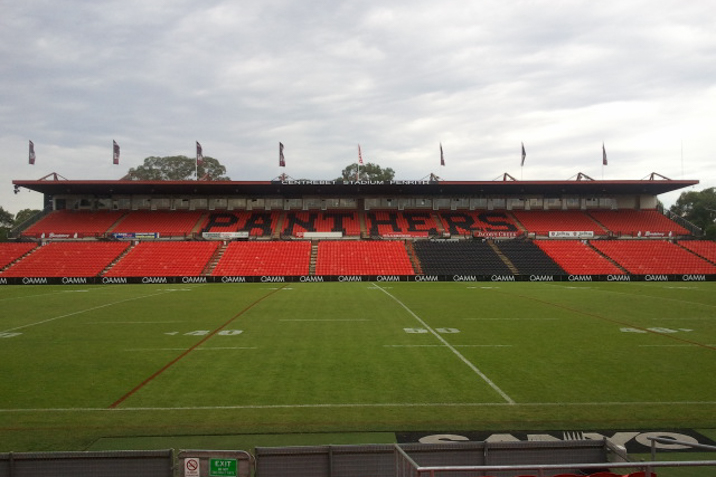 The redevelopment of a number of suburban grounds will create opportunities for architects and engineers, while boosting economies, crowd numbers and tribalism, in a time when the NRL is looking towards a two-conference system in future. With a number of stadiums and their local councils crying out for funding, it shapes up as a key component of the 2023 NSW State Election.

Oh, and as for the GF? We reckon Penrith go back-to-back. Isaah Yeo for the Clive Churchill Medal. Put the house on it.